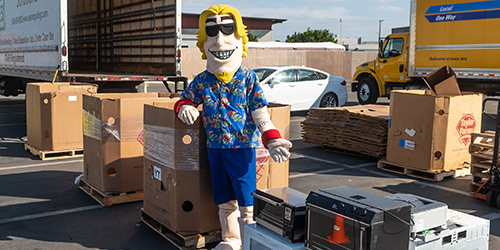 In celebration of America Recycles Day on November 15, Pechanga Arena San Diego partnered with a nonprofit to host a community recycle event that resulted in more than 15,000 pounds of e-waste diverted from the region’s landfills.

Diego’s Recycle Event was held over three days in November in the Pechanga Arena San Diego parking lot. Diego is the official mascot and goodwill ambassador of the arena. Guests who recycled their e-waste at the event were also offered complimentary admission to Kobey’s Swap Meet, held every Friday, Saturday and Sunday in the arena’s parking lot.

By the numbers, the event helped divert harmful e-waste from contaminating the region’s landfills, and by properly recycling the e-waste items, the event resulted in: