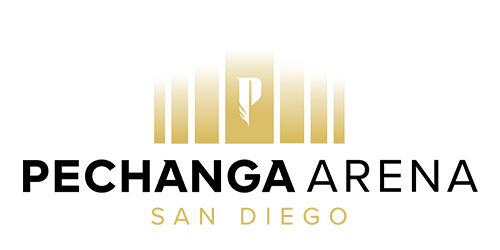 The San Diego Sports Arena has a brand new name as of last week. The San Diego City Council approved Pechanga as the new naming rights holder of the historic arena. San Diegans and the hundreds of thousands of event goers who visit the arena every year will see the name Pechanga Arena San Diego across the marquee of the iconic building that has hosted some of music’s brightest stars including Taylor Swift, Janet Jackson, Garth Brooks, Queen, and so many more. The city council’s approval solidifies the partnership between the sports arena’s management and parent company, AEG Management SD, LLC and Pechanga Resort Casino of Temecula, Calif. A complete signage changeover expected to happen by Saturday, December 21.

The Pechanga and AEG Management contract is set for five years. The naming rights agreement ensures the venue will continue to be a top destination in Southern California for headline artists, regional sports teams and other entertainment performances.

AEG Management officials reached out to Pechanga about venue naming rights in the fall after learning another Southern California casino would not be renewing its naming rights contract. Arena officials believe the new partnership will further assist them in recruiting top entertainment and sustain its three sporting tenants, the San Diego Gulls, San Diego Sockers and the San Diego Seals.

“We have several partnerships with organizations that are synonymous with Southern California entertainment including the Lakers, the Angels, and Staples Center,” said Pechanga Tribal Chairman Mark Macarro. “Believe it or not, the San Diego Sports Arena is the closest major arena to Pechanga, so when they reached out to us, we were excited by the opportunity to partner with this historic venue.”

“We are thrilled about this partnership with Pechanga Resort Casino,” said Ernest Hahn, senior vice president and general manager of AEG Management SD, LLC. “The Pechanga name and reputation carries a lot of weight in the entertainment industry. This partnership will afford us new opportunities and ensures that San Diego will continue to receive the best in premium entertainment and sporting events.”

“Large-venue naming rights opportunities rarely avail themselves within the Southern California entertainment landscape,” said Jared Munoa, President of the Pechanga Development Corporation. “We’re very pleased to have been considered for this possibility. We think it’s a reflection of the Pechanga brand and the refinement it carries. A lot of San Diegans are familiar with Pechanga and who we are, and this partnership helps us strengthen that connection.”

Pechanga is already working on changing over the extensive branding marks throughout the arena and expects to have the project fully complete by December 21.