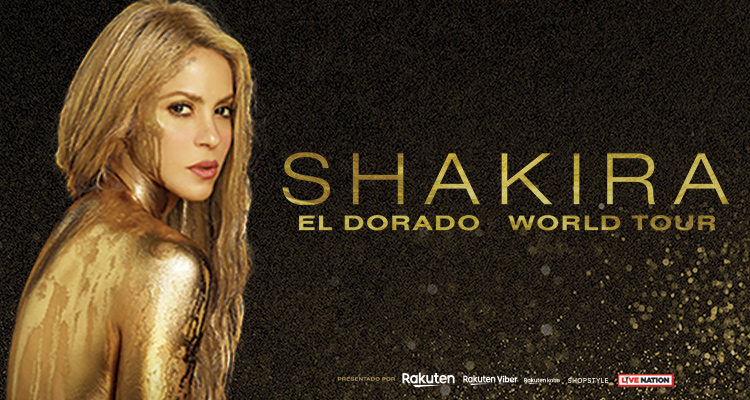 A message regarding Shakira at Pechanga Arena San Diego

Your event is still happening, but has been postponed until the new date below. Shakira’s doctors have determined that she needs to spend the next few months working towards recovery in order for her vocal cords to be in optimal condition for touring, and as such we are obliged to postpone the US leg of the El Dorado World Tour, previously scheduled for February 2018 in San Diego. Though it has been a difficult time for Shakira, she is on her way towards recovering her voice fully and we are pleased to announce the new dates for the US tour beginning in June 2018.

While disappointed to not be able to perform in February in San Diego as scheduled, Shakira is happy to be able to get back on the road by summer with her best show yet, and remains incredibly grateful for all the loyalty, patience and support her fans have shown her.

Hang on to your tickets they are still good for the new date above.

If you are unable to make the new date above, refund requests can be made to your original point of purchase.

Over the course of her career, Colombian singer-songwriter and Grammy winner Shakira has sold over 60 million records worldwide and has won numerous awards including two Grammys, eight Latin Grammys, and several World Music Awards, American Music Awards and Billboard Music Awards, to name a few. She is the only artist from South America to have a number one song in the US, and has had four of the 20 top-selling hits of the last decade.

At the age of 18, Shakira founded the Pies Descalzos (Barefoot) Foundation which currently provides education and nutrition to over six thousand impoverished children in Colombia and is expanding its work to other countries, including newly launched projects in Haiti and South Africa.  In October 2011, Shakira was named a member of President Obama’s Advisory Commission on Educational Excellence for Hispanics.

Shakira served as coach on the 4th and 6th season of “The Voice,” NBC’s hit reality vocal competition series that searches for the nation’s best voice. Her tenth studio album “Shakira” was released in 2014, featuring hits such as “Can’t Remember to Forget You,” with Rihanna and “La La La (Brazil 2014)” which she performed at the finals of Fifa’s World Cup 2014 in Brazil. In 2016, she starred as Gazelle in Disney’s record-breaking film “Zootopia,” as well as contributing to its soundtrack with “Try Everything”. In June 2016, she launched “La Bicicleta” with fellow Colombian artist Carlos Vives, which broke records in Colombia when it remained #1 for 18 consecutive weeks and spent 13 weeks at #1 in Spain, as well as reaching #1 on US Latin iTunes. The video, shot in Shakira and Carlos’s hometowns of Barranquilla and Santa Marta, respectively, has over 350 million views on Vevo to date. Shakira is currently back in the studio recording new music for an upcoming Spanish-language release.