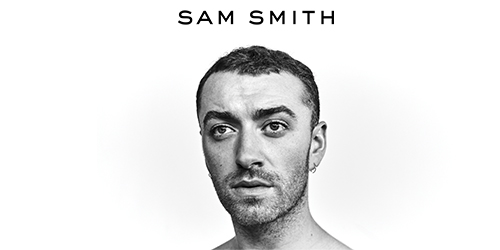 Sam Smith’s sophomore album, The Thrill Of It All, finds Smith once again working alongside close friend and long-time collaborator Jimmy Napes plus Timbaland, Malay, Jason “Poo Bear” Boyd and Stargate. He also collaborates with the unsigned artist YEBBA on the song “No Peace.”

“Too Good At Goodbyes,” the album’s first single, is a global smash, hitting No. 1 on the U.K. and Global Spotify Charts and topping the U.K. and U.S. iTunes charts. It has captured the top spot on the U.K.’s Official Singles Chart Top 100 for three consecutive weeks, marking Smith’s sixth No. 1 single there. In the U.S., “Too Good At Goodbyes,” debuted at No. 1 on Billboard’s Digital Song Sales chart. Worldwide Spotify streams of the single already exceed 100 million.

Rolling Stone hailed “Too Good At Goodbyes” as “poignant” and TIME observed, “Cue the swelling violins, gospel chorus and Smith’s inevitable return to dominance.” Vulture said, “Crooning with his trademark soul, Smith packs an emotional punch with his lyrics…It’s been a long wait…but if the rest of his upcoming album is as moving as this new song, it has certainly been worth it.”