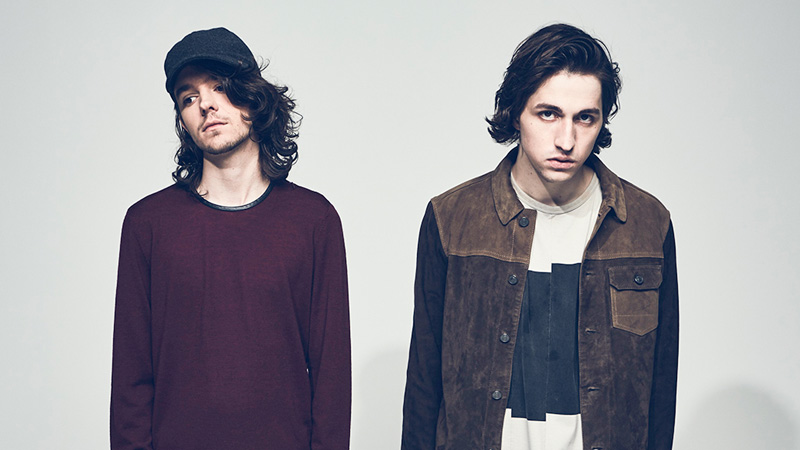 Please note our $6.00 GREEN FEE. Any re-prints for tickets not printed prior to arriving at the venue will incur a $6.00 Green Fee. This includes tickets not properly printed. Your Seat Locations and Barcodes must be clearly visible.

While this collaboration is a first for the two artists, they have played a pivotal role in each other’s work over the past decade of their young careers, providing feedback—sometimes brutally honest—about each other’s solo work. This laid the groundwork for a successful partnership. Having first met on an internet message board a decade ago as young Daft Punk fans who wanted to produce music, Porter and Madeon have pursued distinct but coincidentally parallel careers to become electronic music creators of their own, each has emerged out of the electronic music scene to become crossover electronic pop powerhouses.

Porter first caught the ears of tastemakers in 2010 with his track “Say My Name.” An EP on Skrillex’s OWSLA label followed and he signed to the venerated Astralwerks in 2013 when he was all of 21. The next year he released his debut artist album, W orlds, an expansive LP that included the songs “Divinity” (as heard in Google’s “Year in Search” commercial) and the landmark “Sea of Voices.” Worlds debuted in Billboard’s Top 20 and prompted the launch of the Worlds Tour, an interactive live show as ambitious at the album it was named for.

Madeon first came to global attention with his gamechanging video and track “Pop Culture” in 2011. Early last year, he released his highlyanticipated debut album, Adventure, which spawned the singles “You’re On,” co-written with Jimmy Napes (Sam Smith, Disclosure), and “Home.” Having sharpened his live skills as an opener for Lady Gaga and with sets at Coachella and Lollapalooza, Madeon launched two tours in support of A dventure: Adventure Live and the Pixel Empire Tour.

To support the release of “Shelter” Porter and Madeon kick off a joint tour this Fall that will see the two share the stage for a collaborative live performance that combines the best of their individual catalogues into one interactive performance fusing emotion, live instrumentation, visual artistry and cutting edge technology. Fans will get to hear old favorites, newly reworked cuts from Worlds and Adventure, a few surprises, and of course an emotional and affirming live delivery of “Shelter.”

The single and the forthcoming joint North American tour captures both artists as they enter a new phase of their respective careers.