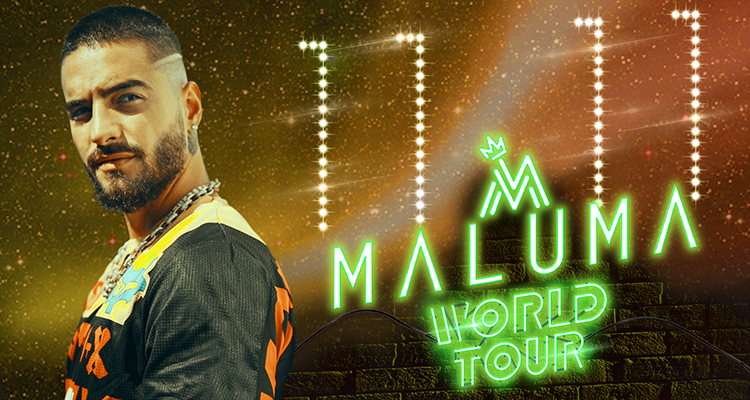 At twenty-two years of age, Maluma is Latin music’s youth idol and one of the industry’s most important new voices. Born Juan Luis Londoño, he formulated his artistic moniker Maluma from the first two letters of the names of his mother, father and sister.

Maluma is one of social media’s most popular artists with over 21 million Facebook fans, 3.3 million Twitter followers, and a whopping 17.4 million Instagram followers (making him the leading Latin male artist on Instagram). His official YouTube/VEVO channel has garnered over one billion views. His hits “La Temperatura,” “Obsesión,” “Pasarla Bien”, “Miss Independent”, “Carnaval”, “Borró Cassette” and “El Perdedor” are anthems for a new generation in Latin America and are among the region’s most downloaded tracks.

In 2013, Maluma received a Latin GRAMMY® nomination for Best New Artist and in 2015 he received another GRAMMY nod for Best Urban Song. He also performed at both of the internationally-televised ceremonies. He received an MTV Millennial Award in 2014 for Colombian Artist of the Year and also hosted the 2014 Nickelodeon Colombia Kids’ Choice Awards, winning Best Colombian Artist or Group. In late 2014, he coached the winning team on the top-rated reality show La Voz Kids Colombia, and returned in 2015 for a promising second season. This year he hosted the MTV Millennial Awards 2016 and was given the Colombian Artist of the Year award. Last year he released his latest album Pretty Boy Dirty Boy under the Sony Music US Latin label which debuted at #1. In his first year in the US market Maluma placed four #1 songs on Billboard’s Latin Songs chart. 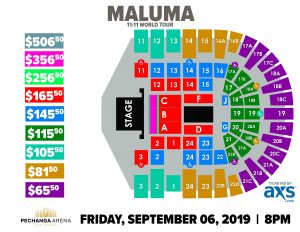