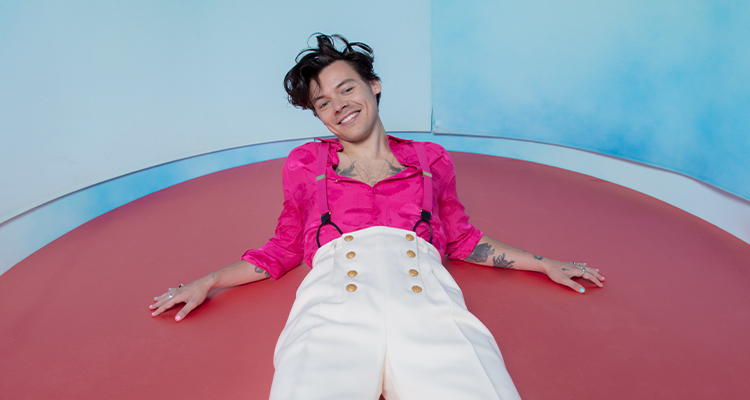 Ticket purchases exceeding the posted ticket limit of four (4), either within a single order or across multiple orders, may be subject to order(s) being cancelled without notice.

As a member of the British boy band One Direction, singer, songwriter, and actor Harry Styles topped the charts, toured the world, and sold millions of albums before going solo in 2016 with his chart-topping debut, Harry Styles.

Born in Redditch, England in 1994, Styles was raised in Holmes Chapel, Cheshire, and he made his first foray into music with a high-school band named White Eskimo. In 2010, he left home and joined the seventh season of The X Factor, where fate (and Simon Cowell) would eventually lead him toward a life-changing opportunity with four other young men. As One Direction, Styles and his bandmates Zayn Malik, Louis Tomlinson, Niall Horan, and Liam Payne would release five albums from 2011 to 2015, hitting number one across the globe and selling millions of records to an adoring and rabid fan base that drew comparisons to the fervor at the height of Beatlemania. In early 2016, after Malik had already parted ways with 1D, the remaining foursome announced an indefinite hiatus.

Months later, Styles signed a solo deal with Columbia Records. Reflecting the influence of childhood favorites like Queen, Elton John, and the Beatles, Styles‘ solo material took a more serious and rock-based approach, while still delivering the pop sound his faithful 1D fans desired. With the help of Grammy-winning producer Jeff Bhasker (who had worked with Kanye West and Bruno Mars), Styles put together a small band and, after rehearsing the songs, headed to Jamaica for two months to record an album. The plaintive “Sign of the Times” was released as its first single in April 2017 and quickly rose to the top of the charts across Europe. The self-titled full-length followed in May and debuted at the top of the charts in Australia, the U.S., and across Europe. Harry Styles also included additional singles “Two Ghosts” and “Kiwi.” Later that summer, he made his movie debut as a soldier in Christopher Nolan‘s Oscar-winning epic Dunkirk, which was the top film in the U.S. the week of its release, making Styles the first British artist to secure a number one debut single, album, and film in the same year.

In 2019, Styles inducted Stevie Nicks into the Rock and Roll Hall of Fame and co-hosted the Met Gala with Gucci’s Alessandro Michele, Lady Gaga, Serena Williams, and Anna Wintour. He also modeled for Gucci while working on his sophomore effort. The first single from that album, “Lights Up,” arrived in late 2019. 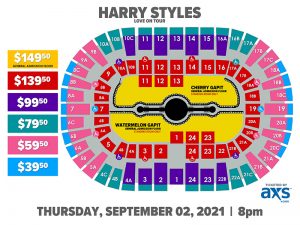