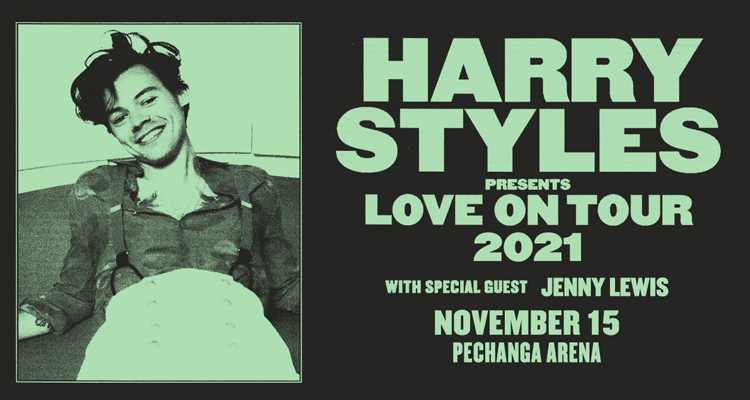 Harry Styles’ sophomore solo effort Fine Line continues his utterly unique first decade in music. At just 26, Harry’s sophisticated romantic rock record earned critical acclaim and huge commercial success. Fine Line, released in December 2019 on Columbia Records, achieved an array of history-making records and topped the charts at #1 in over 20 countries, amassing a total of 5 Billion streams worldwide to date. The 2x Platinum album debuted at #1 in the U.S. on the Billboard 200 with over 478,000 equivalent album units sold, making history as the biggest sales week for a solo U.K. male artist’s album since Nielsen Music began electronically tracking sales data in 1991, and was recently named one of the top 500 albums of all time by Rolling Stone. Fine Line has produced 2 multi-platinum #1 singles with “Watermelon Sugar,” which won the Grammy Award® for Best Pop Solo Performance and 2021 BRIT Award for Best British Single, and “Adore You,” which also received a Grammy nomination for Best Music Video. Styles and Fine Line were also nominated for Best Male and MasterCard Album of the Year at the 2020 BRIT AWARDS. He became an overnight sensation with the band One Direction which conquered the world, touring and scoring hits at a frantic pace, while he began to evolve as a songwriter and performer. Styles went his own way in spring 2017 when he dropped his first solo single: the double-platinum piano epic “Sign of the Times,” which Rolling Stone named the Song of the Year. His self-titled debut album released in May 2017, entered the Billboard 200 at #1 and topped charts at #1 in over 55 countries. The timeless 10-track album confirmed Styles as an artist schooled in the classics, while still breaking new ground. He toured the album in 2017 and 2018 with 90 sold-out shows in over 20 countries. He made his acting debut in Christopher Nolan’s Oscar-nominated film “Dunkirk” in July 2017, becoming the first British artist with a #1 debut single, album and film in the same year. Up next, he will kick off his world tour Love on Tour in 2021 in support of Fine Line.

Ticket purchases exceeding the posted ticket limit of four (4), either within a single order or across multiple orders, may be subject to order(s) being cancelled without notice.