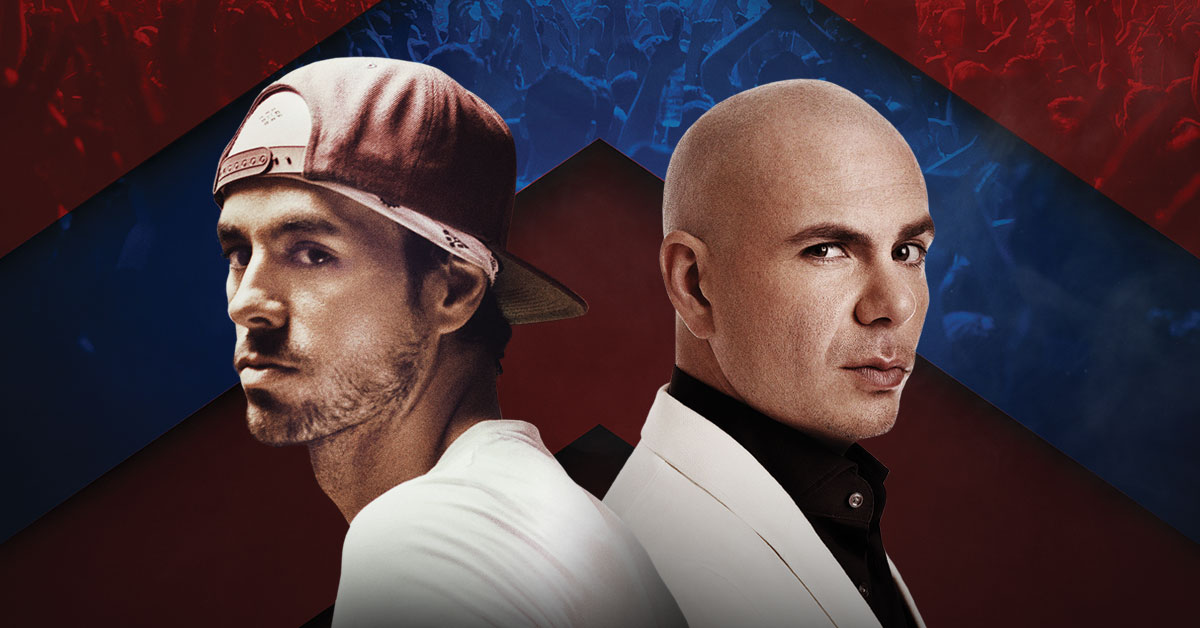 Enrique Iglesias has sold more than 130 million albums worldwide, released ten studio albums plus two greatest hits compilations, and is a multiplatinum artist in almost every country around the world. He has headlined ten world tours to over 10 million fans throughout his career having performed in literally every corner of the world from New York to Sydney to Cape Town to Minsk to London to Belgrade to Santiago to Mexico among many more.

Undeniably the biggest Latin recording artist in music history, Enrique has 27 #1 singles on the Billboard Latin Songs Chart as well as having multiple #1’s across all the Billboard charts with a combined total of 105. His most recent track, “Duele El Corazon” got him his 14th #1 Billboard Dance track making him the king of the chart beating out Michael Jackson for the most #1’s in Billboard history. He continues to be one of the most successful artists in modern music holding the record for most weeks at #1 on Billboard’s Hot Latin Songs chart with his hit “Bailando” at 42 weeks, and the music video has gained over 1.9 BILLION views on YouTube.

Enrique has been celebrated with just about every award an artist can receive including multiple Grammys, Billboard Awards, World Music Awards, American Music Awards, Premios Juventud, ASCAP and BMI honors and many more totaling over 200.

Enrique was born on May 8th, 1975 in Madrid, Spain. In 1985 he moved to Miami with where he was exposed to three different cultures and musical influences: Hispanic, European, and American.

Enrique’s own career started when he was still attending Gulliver Private School, a very prestigious school in Miami. He made his singing debut in a production of Hello, Dolly, after which he began practicing his singing without his parents knowing. After a year studying business at the University of Miami, he decided to follow his passion for music. In 1995, he sang in person for his soon-to-be manager, who at Iglesias’ insistence of not wanting to use his family name, first shopped his demos as an unknown Central American singer named Enrique Martinez. It wasn’t until he earned a record deal with Fonovisa that Enrique told his father and mother of his aspirations. Then he flew to Toronto, where no one knew him and he could concentrate just on music, to record for five months.

That first album, Enrique Iglesias (1995), sold more than a million copies in three months (it earned him his first gold record in Portugal in a mere seven days) and to date has sold more than six million worldwide. The second album, Vivir (1997), enjoyed global sales of more than five million discs and launched his first world tour, backed by sidemen for Elton John, Bruce Springsteen, and Billy Joel. In a mere three years, Iglesias had sold more than 17 million Spanish-language albums, more than anyone else during that period. (The U.S. was his biggest market.) He also won the 1996 Grammy for Best Latin Performer, 1996’s Billboard Artist of the Year, Billboard’s Album of the Year for Vivir, two American Music Awards, a World Music Award, eight Premio Lo Nuestro awards, two ACE Performer of the Year awards, and ASCAP prizes for Best Composer of 1996 and 1997, in addition to countless accolades around the world.

With 1998’s Cosas del Amor, Iglesias moved to more mature content; his earlier material had been written when he was 17 years old. Then came Enrique, his first Interscope album and first in English. It achieved gold or platinum status in 32 countries and brought his global album sales to a total of more than 23 million. In 2001 he released the follow-up, Escape. Iglesias alternated Spanish- and English-language albums during the next two years, first offering the ballad collection Quizás in 2002, then the mainstream English record 7 in 2003. Four years later the single “Do You Know (The Ping Pong Song)” announced the coming of his 2007 album, Insomniac.

After a Spanish compilation in 2008, Enrique released Euphoria in 2010, which gained attention on the strength of the singles “I Like It” and “Heartbeat.” Besides touring, he released three non-album singles in 2012. In 2013 he began to issue pre-release singles for his next full-length. There were four in all, three in collaboration with other artists — “Loco” (featuring Romeo Santos), “Heart Attack” and “El Perdedor” (featuring Marc Antonio Solís), and “I’m a Freak” (featuring Pitbull) — all of which charted.

Enrique Iglesias doesn’t waste any time getting to the point on his tenth full-length album, SEX & LOVE.

Instead, he reaches right for the heart of what’s on everyone’s mind with the provocative title. The Grammy Award-winning international icon knows how to satisfy those universal, unanimous urges we all have, and he does so with his boldest offering yet.

The album, SEX & LOVE, was released in March of 2014, promptly hitting the Top Ten in the U.S. on its way to platinum status in nine countries.

Capturing that sexual energy, the 2014 single “I’m a Freak” proved to be a major catalyst for him. Produced by The Cataracs, the song shimmies from a slippery beat into one of Enrique’s wildest refrains ever. The chorus’ confession, “I’m a Freak”, immediately seduces before Pitbull enters with a rapid, raw, and raucous verse.

“To me, ‘I’m a Freak’ got the whole thing started,” says Enrique. “It’s got a retro feel, yet it’s obviously up-tempo and danceable. It put me in a good mood, and it’s fun. We didn’t overthink it. From there, the rest of the album kept evolving.”

His own artistic evolution becomes clear on the likes of “Let Me Be Your Lover”. With a funky swagger, the track sees the singer’s dynamic voice take the spotlight as he coyly admits, “Cuz I’ve been spending all my money on these pretty girls and alcohol, but honey, they got nothing on you”. Meanwhile, on “Loco”, Enrique and longtime friend Romeo Santos get crazy, churning out another Latin massive anthem in the process. Kylie Minogue makes a stunning turn on “Beautiful”, as the melody lives up to the song’s name.

“SEX & LOVE” was Spotify’s 7th most listened album worldwide in 2014. “Bailando” topped the most listened song In Mexico and Spain. Billboard called him “The Crowd Pleaser” of 2014. After more than a decade with Universal Music, Iglesias left the record label in 2015 and signed on with Sony Music.

On 2016, he released the first track of his soon to be album, entitled “Duele Corazon.” “It’s a fusion between ‘Bailando’ and ‘El Perdon,'” Iglesias said, “I was raised in Miami; therefore, I’ve always had the tropical urban genre close to me,” he said, feeling lucky that he’s been able to release songs with artists such as Juan Luis Guerra, Romeo Santos and Gente De Zona. “I’ve had the luck to see how these artists work and I feel very comfortable.”

Enrique is currently preparing for the release of his new album, with “Duele El Corazon” being the first single. He is also preparing to announce his 11th world tour.

About Pitbull – Armando Christian Perez aka Pitbull is a globally successful musician, performer, business entrepreneur, fashion icon and actor whose career sales have exceeded 5 million albums and over 60 million singles worldwide. Pitbull has had #1 hits in more than 15 countries, his videos have over 5 billion views, and his social reach matches audiences of some television networks around the world. Pitbull’s latest album, Global Warming: Meltdown features the massive hit singles “Feel This Moment” with Christina Aguilera, “Don’t Stop The Party,” “Back In Time” from the action-comedy Men in Black 3, along with his second #1 hit on the Billboard Hot 100 chart “Timber” featuring Ke$ha. Pitbull’s world tours have sold out concerts in North and South America, Europe, and the Far East.

Armando is also a burgeoning business entrepreneur with his own line of premium vodkas (Voli), a partnership with Sheets, the dissolvable energy strip, as well as premier fragrances for men and women simply titled Pitbull. These ventures along with major sponsorship deals with blue-chip brands like Bud Light, Dr Pepper, Kodak, and Dodge, plus a television production deal announced with Endemol North America where they announced his own production company Honey I’m Home and a New Year’s Eve special on Fox. He also has a strategic partnership with Playboy Enterprises and recently announced as a star on the 2015 Hollywood Walk of Fame clearly define Pitbull as Mr. Worldwide.