Dr. Jordan B Peterson – Beyond Order 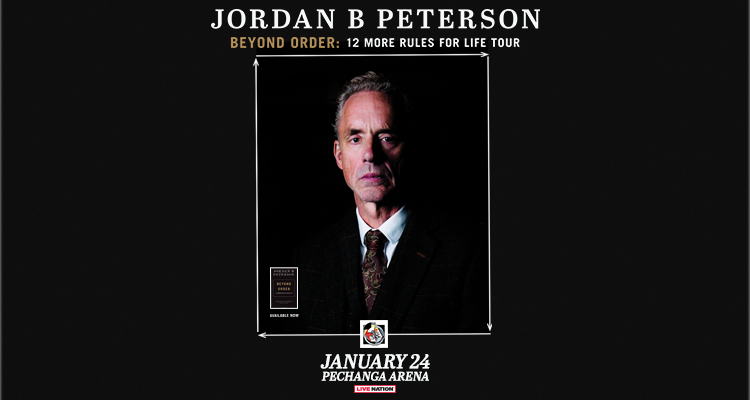 Dr. Jordan B. Peterson is a professor of psychology at the University of Toronto, a clinical psychologist, and the author of the bestsellers Beyond Order: 12 More Rules for Life & 12 Rules for Life: An Antidote to Chaos, #1 for nonfiction in 2018 in the US, Canada, the UK, Australia, New Zealand, Sweden, the Netherlands, Brazil and Norway, and slated for translation into 50 languages.

With his students and colleagues, Dr. Peterson has published more than a hundred scientific papers, advancing the modern understanding of creativity, competence and personality, while his now-classic book, Maps of Meaning: The Architecture of Belief (released in June 2018 as a now bestselling author-read audiobook) transformed the psychology of religion. He was nominated for five consecutive years as one of Ontario’s Best University Lecturers, and is one of only three professors rated as “life changing” in the U of T’s underground student handbook of course ratings.

Premium tickets can include Terrace Boxes for as few as 6 or as many as 9 guests.

Limited availability may also exist for individual tickets in the following sections: Loge and VIP Pit