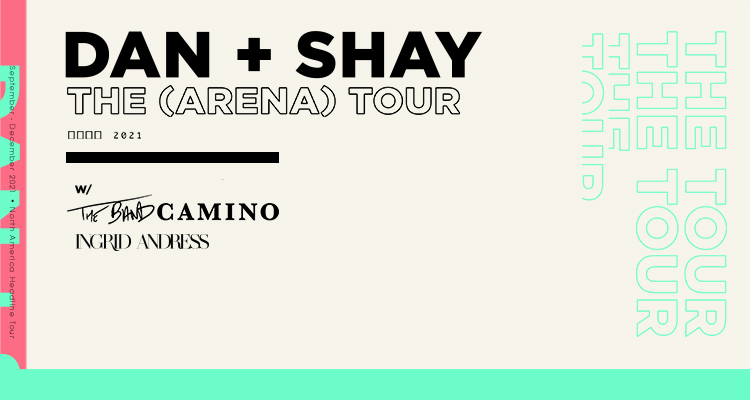 Dan + Shay’s mark upon country music – and beyond – continues to grow. They recently took home a third consecutive GRAMMY for Best Country Duo/Group Performance, making them the first artist to do so 3x consecutively since the category’s inception (2021 – “10,000 Hours,” 2020 – “Speechless,” 2019 – “Tequila”), and have surpassed 7.5 billion global career streams. The reigning 3x ACM Awards and 2x CMA Awards Duo of the Year also recently swept their American Music Awards categories, becoming the first country artist ever to win Collaboration of the Year. The duo most recently released their brand-new single “Glad You Exist” as a message of hope and gratitude to their fans. The track, which was most added at country radio upon impact for two weeks, follows their latest No.1 single “I Should Probably Go To Bed.” The RIAA Platinum-certified tune marked their fifth consecutive chart-topper and has achieved more than 270 million streams globally, with the music video claiming Duo Video of the Year at the CMT Awards.

With more than two billion global streams, Dan + Shay’s multi-week No. 1 hit “10,000 Hours” (with Justin Bieber) became the biggest first-week streaming total in country music history and was the fastest country song to reach one million U.S. track equivalents in 2019, earning over four million U.S. track equivalents to date. “10,000 Hours” is the first song by a country duo or group ever to debut in the Billboard Hot 100’s Top 5 and spent 21 consecutive weeks at No. 1 on Hot Country Songs (5th longest of all time). The worldwide smash has achieved 4x Platinum certification in Canada, 3x Platinum in Australia and the U.S., Platinum in the Netherlands and Gold in four other countries.