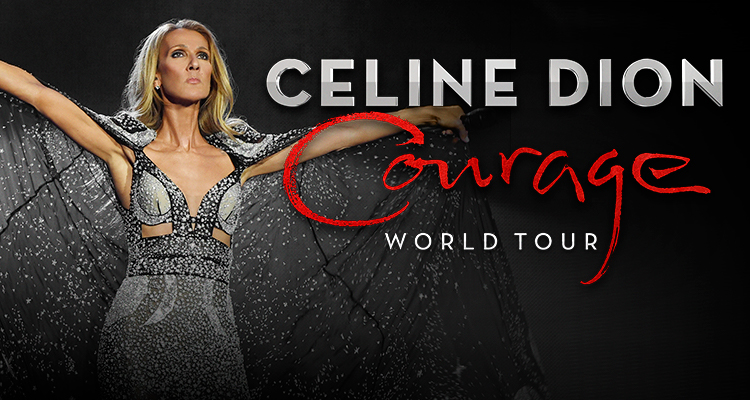 One of the most immediately recognized and widely respected superstars in pop music history, Celine Dion, announces additional dates for her COURAGE WORLD TOUR, which includes new North American dates and international dates. The tour kicked off on September 18 in Québec City, which marks her first tour in the U.S. in over 10 years, and will include first time appearances in Malta and Cyprus.

The COURAGE WORLD TOUR, which supports Celine’s first English album in 6 years, will be stopping in nearly 100 cities worldwide. A third show has been added by demand in Brooklyn, NY as well as a number of West Coast dates including San Diego and San Francisco, CA. European stops include Prague, Budapest, Munich, Paris, Berlin, Stockholm, London, and many more. The tour is produced by Concerts West/AEG Presents.

Celine Dion will bring her COURAGE WORLD TOUR to Pechanga Arena San Diego on Tuesday, March 31, 2020. Tickets will go on-sale Friday, October 4, at 10am local and can be purchased HERE.

Exclusive VIP packages will be available.

Last week, Celine Dion released three new tracks, from her highly anticipated upcoming album also entitled Courage. “Imperfections,” “Lying Down,” and “Courage” represent an exciting new creative direction for Celine and fans will have a chance to hear songs from the new album throughout the journey of the COURAGE WORLD TOUR. Premiering today, is the video for “Imperfections” – watch HERE. Courage, an eclectic mixture of beautiful ballads and edgy up-tempo tracks, will be available everywhere November 15 and is available for pre-order now. Listen to the newly released tracks HERE.

Additionally, all online ticket orders for the North American leg of the COURAGE WORLD TOUR come with one CD copy of Celine’s Courage album. 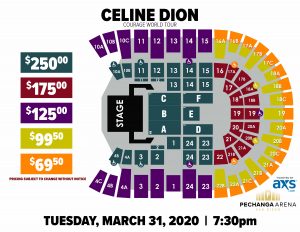