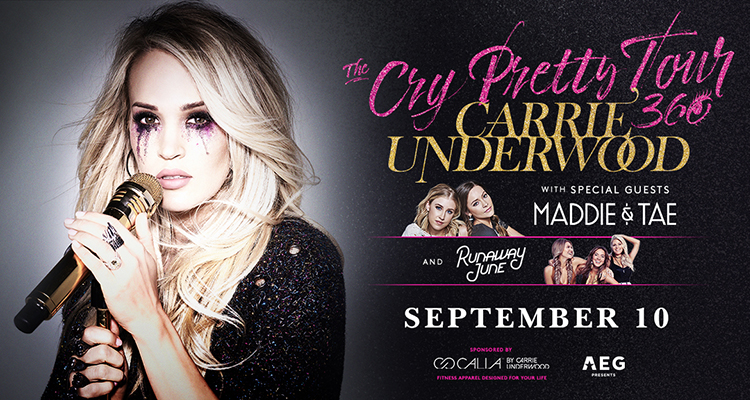 Music is at its most powerful when it tells a story. Few things are more potent than a song that washes over the listener, each cinematic line surging with emotion and taking the audience on an unexpected journey. In the past decade, Carrie Underwood has emerged as one of the most compelling storytellers of her generation. Beyond the range and timbre of her impressive pipes, Underwood knows how to weave and deliver a delicious tale. Aptly titled Storyteller, Underwood’s fifth studio album is filled with intriguing characters and fascinating ruminations on life, death, love, and heartbreak.

“I feel like one of the things that sets country music apart from other types of music is the storytelling aspect,” the seven-time GRAMMY® winner says. “I want three-and-a-half-minute movies on the radio. I love that there’s a beginning, middle, and an end, and it all makes sense. You can follow the characters, and you can see it all playing out in your head. That’s what I’m drawn to, so that’s what I write, what I pick, and what I want to sing. All the songs on the album either are very character-driven mini-movies or they’re my own personal stories. Hopefully, both are entertaining and relatable.”

One of the most awarded singers in any genre of music, Underwood has built a stellar career on cinematic songs that pack an emotional wallop, from her first chart-topper “Jesus, Take the Wheel” to more recent No. 1 smashes such as “Blown Away,” “Two Black Cadillacs,” “Something in the Water,” and “Little Toy Guns.” Since winning American Idol in 2005, Underwood has sold 58 million records worldwide, scored 21 No. 1 hits (including 11 she co-wrote), and earned over 100 major awards. She was the first female artist to be twice named the Academy of Country Music’s Entertainer of the Year. A respected member of the Grand Ole Opry, Underwood has tallied 38 weeks at No. 1 on Billboard’s Top Country Albums chart with songs that have been streamed more than 1.5 billion times worldwide. In addition to her impressive recording career, Underwood branched out into acting with roles in film and television, including starring as Maria von Trapp in NBC’s Emmy®-winning The Sound of Music Live!, which attracted 44 million viewers. She has also launched her own fitness lifestyle line, CALIA by Carrie Underwood, which made a splash during New York Fashion Week 2015.

The Checotah, Oklahoma native’s four previous studio albums – Some Hearts, Carnival Ride, Play On, and Blown Away – have each been certified Platinum or multi-Platinum, and all have been named Country Album of the Year at the American Music Awards. In 2014, Underwood released her first hits collection, Greatest Hits: Decade #1. Storyteller has already continued that momentum with the record-breaking success of the hit first single, “Smoke Break.” “‘Smoke Break’ is all about the overworked, the tired, the people that just run to catch up,” Underwood says. “‘Smoke Break’ is about taking a step away for just a minute and being able to clear your head and collect your thoughts. We were very careful when we wrote it in wanting to make sure people understood the metaphor. That’s why we said, ‘I don’t smoke, but sometimes I need a smoke break. I don’t drink, but sometimes I need a stiff drink.’ It’s more about finding those things that take you away, whether that’s your coffee break or a glass of wine at night or your exercise or chatting with your mom. It’s that thing that is just for you, and it’s a release.”

In crafting her new album, Underwood worked for the first time with producers Jay Joyce (Little Big Town, Eric Church) and Zach Crowell (Sam Hunt, Keith Urban), as well as her longtime producer Mark Bright. “I want to grow, and I want to change, and I want my music to reflect that, and I felt like I just needed things to switch up a little bit in order to achieve that.

“I’m a very scheduled person,” she continues, “and I like knowing how things are going to happen and when they’re going to happen, which is why I also needed someone that was unpredictable to me. Jay Joyce is just an uber-creative guy. One time he literally had me singing through this voice box thing, like a bullhorn. It was just a different way of doing things. Zach Crowell was somebody that was new for me to work with, as well. I had written with him a little bit, and his name kind of started poppin’ up all over songs that I was choosing, so it just kind of made sense to work with him in a production sense. I’ve been working with Mark Bright for 10 years, and we are such a great team. I knew I wanted him to work on this album. All three producers allowed me to be me. Nobody ever tried to tell me to sing it like this or do it like this. I felt like that helped with the continuity of the album. We have an album with three producers, but with each, it was about bringing out the best for every song.”

In an already distinguished career, Storyteller feels like a landmark album. It’s a milestone felt by its creator. “The Storyteller album marks the beginning of a new chapter in every way in my life and my career,” Underwood says. “Musically, I feel like I’m stronger than I’ve ever been. I feel like I’m more confident in myself as an entertainer, as a songwriter, as a singer. I’ve definitely evolved, and it’s all been very organic. The album has some songs that are a little more gritty and edgy, and others that have an R&B feel to them. Then there are these other songs that are just twangy. We brought in a lot of different elements in a way that makes the album feel fresh and new. I hope people just call it good music.” 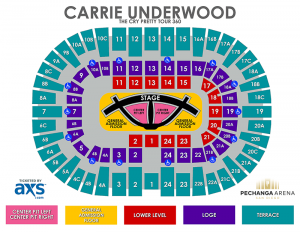