The Belly Up and Ineffable Live Present 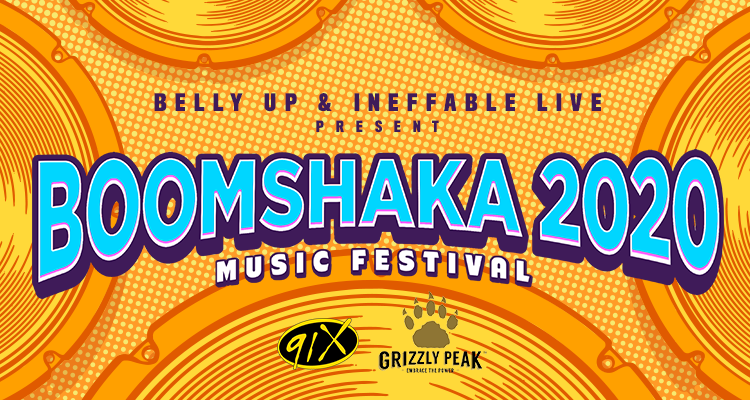 California reggae-rock band Iration and hip-hop legends Cypress Hill will ring in the return of Boomshaka 2020 on Saturday, January 18, at Pechanga Arena in San Diego – Point Loma.  Presented by the Belly Up and Ineffable Live, the festival will also feature performances by the incomparable Don Carlos, The Green, The Movement, KBong, and Sensi Trails, and will be hosted by Hawaiian reggae vocalist Hirie.

Boomshaka Music Festival celebrates the musical vibes of Southern California by featuring the best of reggae and hip-hop. Festival-goers will experience great music, a relaxed environment, and a village-feel in the venue concourse with handcrafted and one-of-a-kind artisan items for purchase. The event will also feature craft beers and cocktails, along with local dining options including Rockin’ Baja Lobster, Cali Comfort BBQ, and Pizza Port.

Reggae-rocking Iration has a sound that reflects the band’s island roots and California vibe.   Almost all of the band met growing up in Hawaii and they formed the group while in college in Santa Barbara.  Adding more Pacific island flavor to Boomshaka 2020 will be The Green, also from Hawaii, and a special guest host, Trish Jetton – aka Hirie, who grew up in the Philippines and Hawaii, and whose current album features a collaboration with Iration.

Sharing the bill at Boomshaka 2020 is Cypress Hill.  The first Latinx-American hip-hop recording group to have their star on the Hollywood Walk of Fame, Cypress Hill has sold over 20 million albums worldwide including the multi-platinum album “Black Sunday” with its huge hit “Insane in the Brain.”

Additional acts in the lineup include the return of Don Carlos, an original member of the legendary Jamaican group Black Uhuru, who now performs regularly with Slightly Stoopid; The Movement, a fast-rising band out of North Carolina; KBong, a multi-instrumentalist and singer who also plays with Stick Figure; and local favorites Sensi Trails.