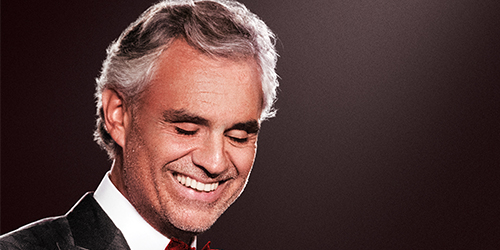 Thrilling audiences for over 20 years, Andrea Bocelli exploded onto the world’s stage with his hit, “Con te Partiro” and has since sold over 80 million albums worldwide. In 2016 he was nominated for three Latin GRAMMY Awards® including “Album of the Year” and received a 2017 GRAMMY AWARD® nomination for “Best Traditional Pop Vocal Album” for Cinema.

All entrances will be open